I updated the page with news on Southern States Wrestling, Appalachian Mountain Wrestling, upcoming events, and The SSW Network today.


I also want to let you know I'm working over time on getting my next book finished so we can have it out for Christmas. The 1950s book covers the weekly events in Kingsport, the importance of the Kingsport Wrestling Office helping get the Kingsport Boys Club up and running, and the sports careers of Whitey Caldwell, Ron and Don Wright before they became Pro Wrestlers. I will start posting previews of the book here in the next month. 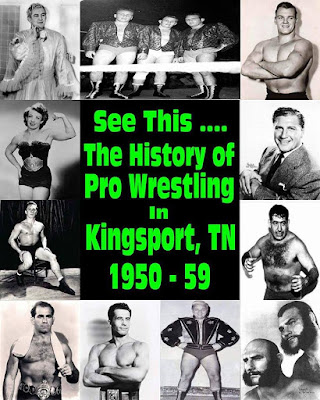 If you know me, have read my books, heard me on a podcast, or even know anything about me. You know I have an undying love for pro wrestling from the territory years. Especially for my home area that had two different offices for decades in Kingsport and Knoxville.

I have spent years researching the history of  Pro Wrestling not only in my home area of East Tennessee but also East Kentucky and West Virginia. I have thousands of hours in libraries and on line reading news papers. I have searched every Kingsport paper from 1919 to 1976. I'm starting in the near future of finishing the 1970s. The 1950s book above is in it's last edits before printing.

I have also spent years searching for any and all videos of Wrestling from East Tennessee. Unfortunately not a lot survived. Thanks to The Caldwell Family we were able to save the only known footage of Whitey Caldwell.

Thanks to fans, Ken Cantrell , Kris Zellner, and Ben Straughn  I have been able to put together several hours of Knoxville TV and Arena Footage. I truly do think that there is more out there that we don't know about. There were episodes of Southeastern and NWA Championship Wrestling taped off of Channel 10 from Knoxville. Those episodes that I have are over a year apart and I believe were taped by the same person. Problem is we don't know who that is.

East Tennessee was a proving ground and a hot bed for wrestling for years. A who's who of the sport came through here or homesteaded here. So here is where I need help. If you have anything from Knoxville's Southeastern (1974-81) or NWA Championship Wrestling (1981-82) please do not hesitate to let me know. Also if you know who taped the weekly studio program let me know. My email is at the bottom of this blog.

I have been putting together the weekly newspaper ads from not only Knoxville but other areas Southeastern ran regular like the Tri-Cities, Eastern Kentucky, and Bluefield WV. The programs help put together what all was going on in the Territory at the time. A lot of these papers are not online and I have to spend time going through micro film in libraries to find ads, results, and stories. Getting these ads and stories to tell the full history is not free. If you would like to help on that end you can also do so by donating on the left hand side of the page. For $10 you will get your name in the special thanks section of a book.

I'm also looking for anything related to Ron Wright's All Star Wrestling (1979-80). I have a few posters from ASW and the only Know footage that survived. I also have the ads from the Knoxville paper. I think there is more posters out there somewhere. I'm also researching other towns All Star Ran in 1979-80

Here is a couple of Pictures to make you smile 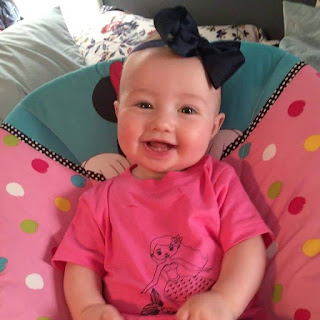 My Great Niece Aubrey Rose she is happy and beautiful 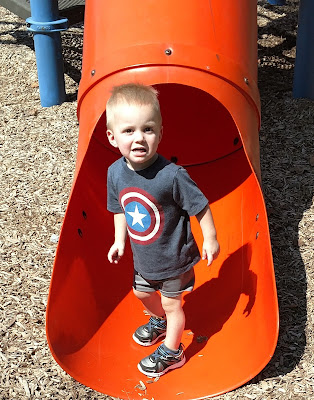 My Great Nephew Waylon playing at the park last week
Posted by Beau James at 2:58 PM