If you grew up watching South Eastern Wrestling out of Knoxville, TN I have something very special for you. Most all the footage from this promotion was lost over time, taped over, or went up in a fire. Here is three very rare DVDs you will love.

Buy all 3 DVDs on the right hand side of this page for only $20 with paypal. I will start shipping Monday August 4th. Below is pictures taken from the DVDs

Hello hope everyone is doing wonderful. Wanted to take a minute and give you some news from not only my family but also Southern States Wrestling. As always check out the DVDs and books on the right and left hand side of my page.

* Dakota Booth had his first pro match July 12th and made us all proud
*I'm back in the ring full time and so happy. Thanks for all the prayers and for God's healing touch. I feel great!
* Misty and I are looking at a very busy Fall. If you would like to book us for a wrestling event email me at kingofkingsport@gmail.com
*Misty and I will be at the Mid Atlantic Legends Fan Fest next weekend Fri- Sun. with a table featuring my books, 8x10s, SSW DVDs and many classic Southeastern and Continental DVDs. Come by and say hello if you are there, 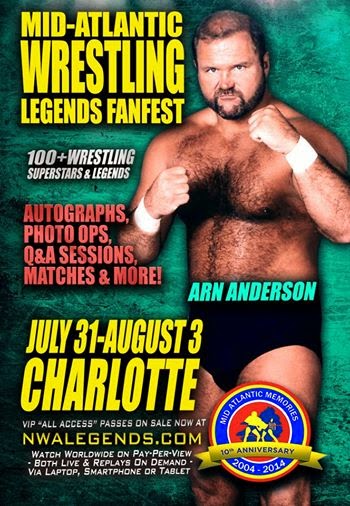 If you live in the Knoxville Area make sure you start watching Southeastern Wrestling every Saturday at noon on Fox 43. It debuts this Saturday July 26th. Great action, great production, great management team. Misty and I are very happy to be apart of it. I'm working in the production end. Misty is in the ring. 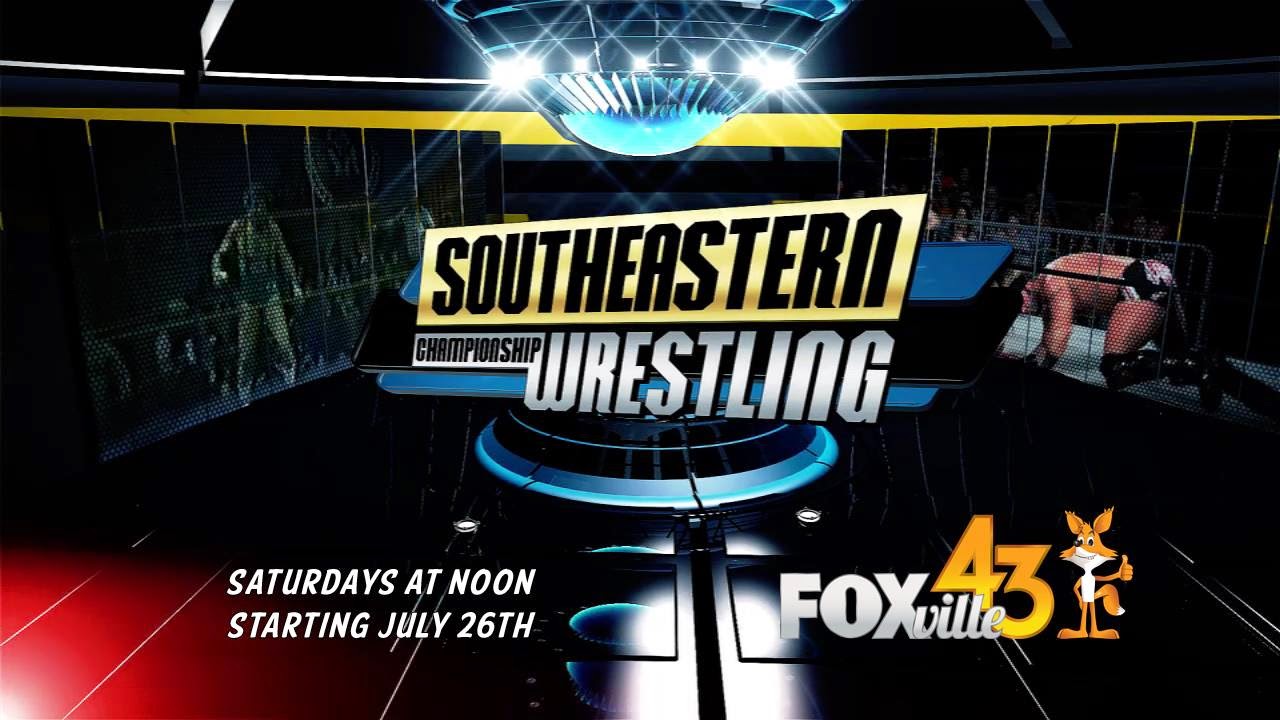 Here is some news I broke on facebook this week and so glad to be making it. Southern States Wrestling Power Half Hour starts airing this Saturday July 26 on Heritage TV out of Norton, VA. We will be on 4 times during the weekend on HTV. Check them out at Heritage TV Southwest's VA Local TV

On these great cable systems

And as Always you can Watch SSW every Sunday Night at 7:30pm on Tri-Cities TNN/Heartland

here is how you can watch around The Mountain Empire 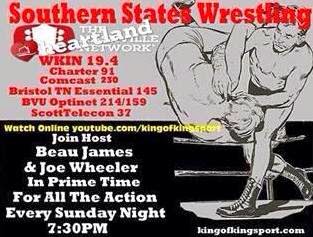 Watch anywhere at anytime online at SSW TV on Youtube


I hope everyone has a happy and safe 4th of July. Please don't drink and drive. Misty and I will spend our 4th wrestling for the troops on a military base. We always enjoy these events.

July the 5th 2pm we will be wrestling in Ashland, KY at the big Summer Motion Festival. Meet and greet at 1pm Mick Foley and Jim Cornette will be there.


July means 2 things my birthday and Funfest week in Kingsport. Southern States Wrestling has three events in the area Funfest week. We hope to see you ringside. I make my return to the SSW Ring!

Posted by Beau James at 1:01 PM No comments:

I told a wrestling friend about 2 months ago we are surrounded by death and is getting ready to come in waves. The last few weeks the waves have started.

Wrestling is hard life at times. I was told when I first started in wrestling that it was not only my job but my duty to be gone away from home more than I would at home. If there was ever a time I wanted to do something other that wrestling related activities then I need to get out.

Wrestling is not only a job it's a way of life. I have missed sister's weddings, family reunions, niece's and nephew's ball games and school activities. All because I was booked. I have always went by the rule that it is not only my responsibility to carry on what was past to me but pass it along to anyone I helped get started in wrestling.

I was also told and have come to see if you are involved in wrestling people stay in touch , but when you are out or on the side lines the phone stops ringing and the emails are all spam. That is a hard reality to grasp at times. Is it right? Probably not but that is the way it is.

Last week we laid to rest a guy that I knew of way before I knew him. I played baseball against him. I saw him ringside growing up at Mid Atlantic and Continental Wrestling. I was introduced to Brian Overbay when I was around 20 years old. We became friends fast. We liked the same sports teams and grew up on the same wrestling.

I was reminded and told by Brian's Mom, cousins, and uncles at his service that he loved me like a brother. I was told that the happiest time of his life was his short wrestling career. Brian and I butted heads a lot about wrestling. Unlike me Brian did not like the road. He wanted to wrestle a small schedule close to home. We would argue about what towns he was going to make almost every week.

Over his 3 1/2 years in wrestling Brian made limited road trips (200 plus miles) with me but everyone is memorable for one reason or another. I did like traveling with him when he would get out and go because when it was over like me he wanted to get in the car and get home. No stopping or spending money.

Brian was liked a lot by the fans who came to the matches. I always pushed him to do more. See more of the country. I suggested the same with his music because he was very talented in playing anything with strings.

I was so happy to hear that on Mother's Day he called his Mom to tell her he had made everything right with our Lord. That gives me great joy and confront knowing I will see him on the other side and I will be able to make up for lost time.

The last time I saw Brian was right before my surgery. I ran into him while I was out promoting the TNA Wrestling event in Bristol. Brian did not look good and told me he had been sick. I hand no idea how bad it was. I should have took more time and asked. I have had a rough time dealing with this the last few days. I'm sad he is gone and mad at myself for lost time and chances.

I pray that you add Brian's family to your prayers. I can not imagine what it is like losing a child. I have added a couple videos below of the two matches Brian talked about the most. I'm glad I was able to help him enjoy some happiness in his short life.

So long Brian till we meet again