Listen to my Podcast here patreon.com/kingofkingsport

Five years ago yesterday. After some well-thought-out emails, tweets, and conversation to the right people. A story ran on wrestler "Progressive Liberal" Daniel Richards. Within a matter of hours of this first story that ran with mistakes in it. He was everywhere. I sent emails to correct the mistakes in the first story. Two get a second story. I've heard of going viral but until it happens to you, you have no idea.

That day I went from playing with Waylon to being on the phone with HBO, Sports Illustrated, BBC America and all four national broadcast news companies. Over the next few days Dan's picture ran in thousands of  newspapers across the World. My name was mentioned in most of the stories.

Everywhere we went for the next few weeks we had National media coverage. Heck  we had National TV crews following us around. Everyone except CNN treated us like royalty. Every time we thought the 15 minutes was over something else came along.

It's amazing how this story took off. I knew it could get a little bit of publicity. I had no idea that it would go viral not only Nationwide but Worldwide. Media came from Norway, Germany and Japan. It proved to me everything that I have thought and said about the media, politics, and TV being a complete work is the truth. Not one single media Outlet reported the story as it should have been reported. They all reported it to fit their agenda. Even after they were corrected over and over by me and Dan.

My thought for the day is this if a hillbilly wrestler from the hills of East Tennessee and his friend can create such a media storm that made such news. How twisted and turned are the news stories that are being given/created by people with money and power? Wake up America!

The best part of the entire deal was the journey with Dan. The one thing that they did get right in every story is mine and his friendship.

I'm recording the next episode of my podcast in a few minutes. It will be out later tonight. I'll discuss the "Progressive Liberal" Daniel Richards and our wild ride of national and international news 5 years ago. What did the media get right? What did they get wrong? Who was easy to work with? Who was not? How long did our 15 minutes last? 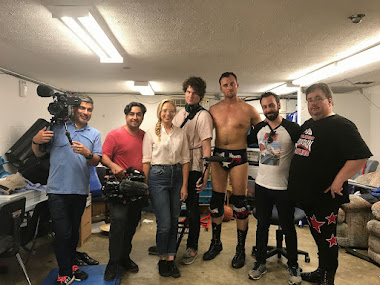