I was sitting here today thinking about all the County and State Fairs I have been to in the last two and half decades. Pro Wrestling started with the carnival and county fairs. They go hand and hand. Fun and excitement  for the people who attend. A 90 minute to two hour program of wrestling with fans yelling and screaming having fun then they are turned looses on the midway.

Wrestling returns to the Virginia/Kentucky District Fair in Wise VA Weds. June 5th. I'm very excited about coming back to this fair. I was apart of the fair there for several years in the 90s. Wrestling is coming back with a big card of action.

Here are just a few pictures, posters, and memories I have kept over the years from wrestling at Fairs in many states. 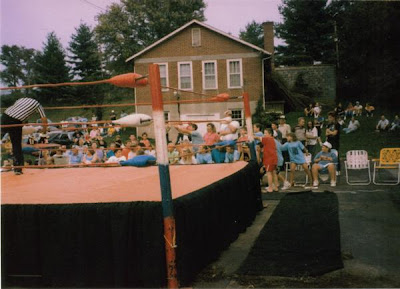 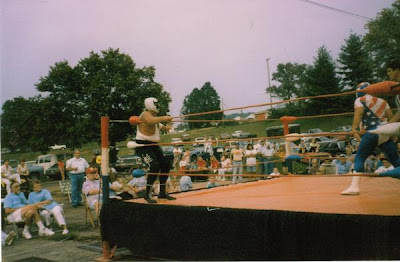 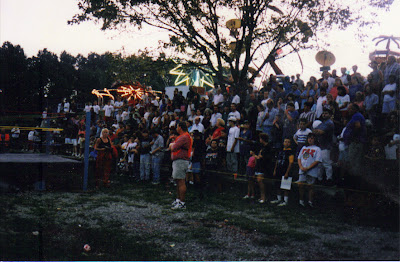 Here is me vs. WWE Hall of Fame Member Jimmy Valiant that night in a pouring rain. We tell all the fairs as long as the people and wrestlers are not in harm and it's not lightning then we will go on with the matches. 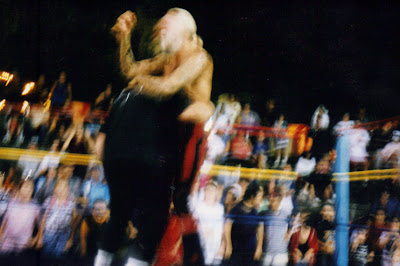 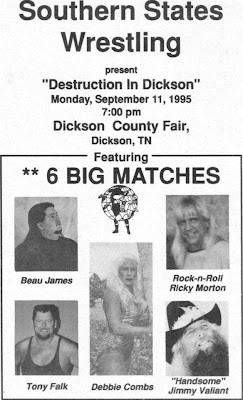 Here is a couple pictures of me and "Fantastic" Bobby Fulton teaming up on Sean Casey at the Champagne County Fair in Urbanna OH. That fair always has a large, vocal and excited crowd. And its always 100 degrees when wrestling there. One of my favorite places over the years. 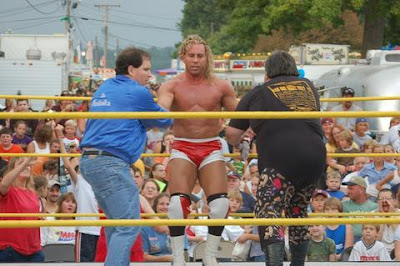 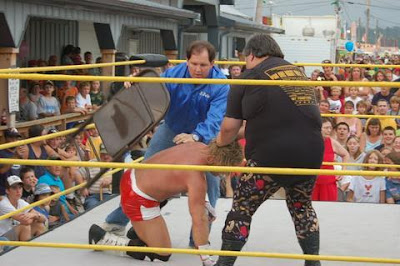 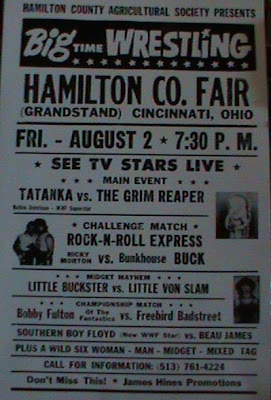 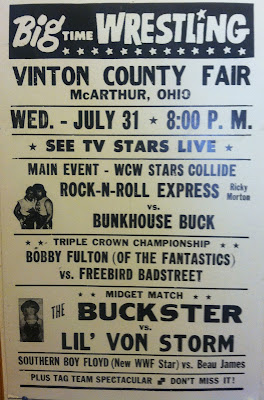 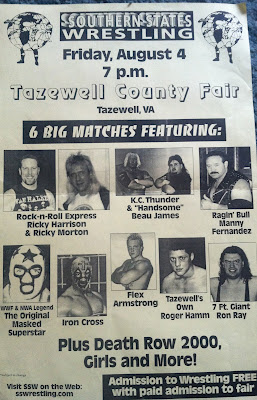 Here is WCW Star Disco Inferno pinning me at the Lee County, VA Fair. Another one of my all time favorite places to wrestle. 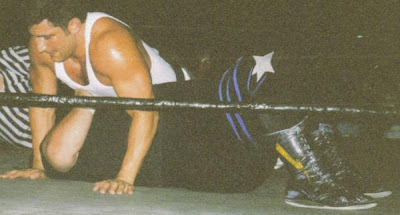 North Carolina Poster. Power Surge was Matt Hardy and Willow The Whisp his brother Jeff. This was just a summer or two before they became house hold names on WWE TV. 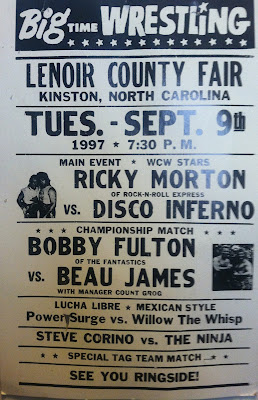 Here is something you don't see alot of anymore, Carnival Posters.
I spent two summers in the 90s traveling and wrestling 2 days or more a week with a carnival in the 90s.
This poster is from '06 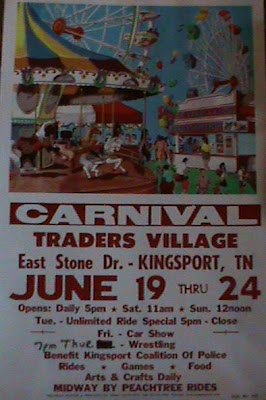