Here are three more DVDs added to the Southern States Wrestling Classic Event Series. Two big events from the Summer of 1993 that show you the build up to Wrestlefest 93 which was released a few months ago.

The third DVD is our 5th Anniversary Spectacular from 1996. More events to come soon from our video library. Since we have started releasing these videos they have became a big hit with fans from across the country who used to read about SSW in the magazines. DVDS on sale for only $12 each left hand side of page 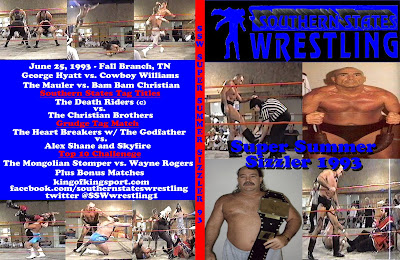 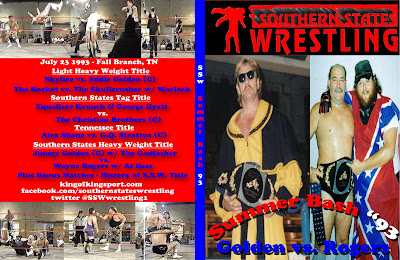 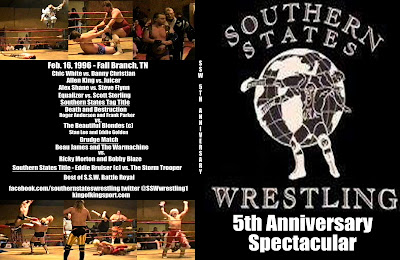